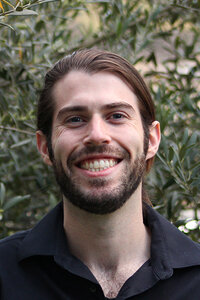 Ryan was born and raised in Cleveland, OH, where he earned humanities degrees from John Carroll University and Ohio University. He has a strong affinity for words and feels genuine delight when the right ones are found.

Before working full-time for Passport, he worked in dozens of editing, tutoring, and instructing roles at five different colleges. He also worked extensively as an editor for various literary journals, such as Narrative Magazine, New Ohio Review, and Fiction International. After moving to California in 2011, he attended San Diego State University and added an MFA in Creative Writing to his stack of diplomas. In 2019, he realized his heart belonged in Cleveland and returned home.

Ryan's poems, short stories, and articles have been published in dozens of online and print journals, which can be found at www.ryanfranciskelly.com. He still embraces his nerdy youth by playing chess, Scrabble, Magic: The Gathering, and other strategy games. He's currently designing a pro-wrestling themed board game with two of his friends.

Ryan says, “I have applied to college three times, so I know how stressful, overwhelming, and cryptic it can seem. It's fun for me to elucidate the essay writing process for my students, because I get to help them tell personal stories in their own unique voices. Although daunting at first, it's truly possible to crack the admissions code and find your magic formula. And if done correctly, it should actually be fun! I know it sounds crazy, but I’m here to convince you otherwise.”