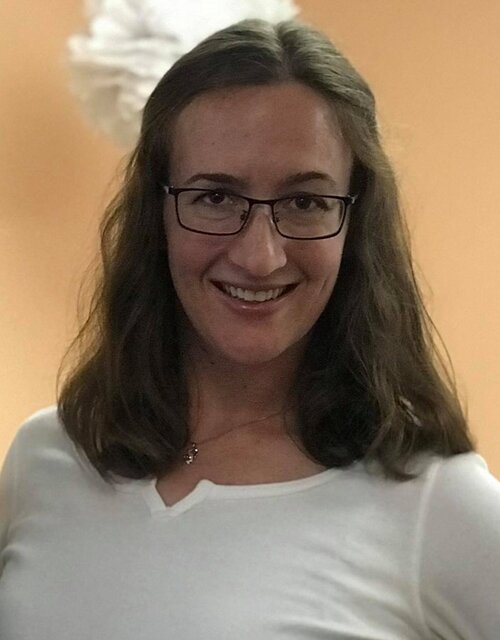 Andrea Gulino's life has taken her from Ohio, to China, to Ohio, then back to China... Michigan.

After growing up in southeastern Ohio, where she earned her B.A. at Ohio University, she moved to Columbus, Ohio to get a Master's at The Ohio State University. Then, with her new husband in tow, it was on to Dalian, China, a bustling and beautiful peninsular city just a hop, skip, and jump from South Korea.

In Dalian, Andrea taught writing and English to people aged 3 to 33. After returning stateside in 2018, she became a college essay coach for all kinds of college, graduate school, and professional school applicants. Now a seasoned essay editor, she can boast that some of her recent students were admitted to Cambridge, Cornell, Boston University, and Carnegie Mellon. For her, the best part of essay coaching is getting to be a teacher who is also part cheerleader and part counselor. Instead of giving grades, she gives encouragement and support as her students navigate the challenging adventure of application season.

Andrea credits her almost supernatural ability to connect with students to her years of helping ESL students express themselves in their second language. Variously referred to as a “psychiatrist” and “better than an FBI agent” by her students, she prides herself on getting people to tell their stories and showcase their best qualities. Goal-focused and caring, Andrea is a compassionate educator who helps students gain new confidence and direction through the process of writing their application essays.

Currently settled down in China, Michigan with her husband and young daughter, Andrea has spent the last two years sprucing up a 40-acre farm that desperately needed a bit of love. She and her husband have started planting a food forest in their front yard and breeding XL mastiff/Anatolian Shepherd mixes. You can regularly find her in a pile of 120-pound “puppies.”

In her spare time, Andrea is trying to learn everything she possibly can about world history, anthropology, current affairs, and science. This quest for knowledge not only lets her indulge herself as a giant nerd, but also prepares her to talk with her students about any subject.