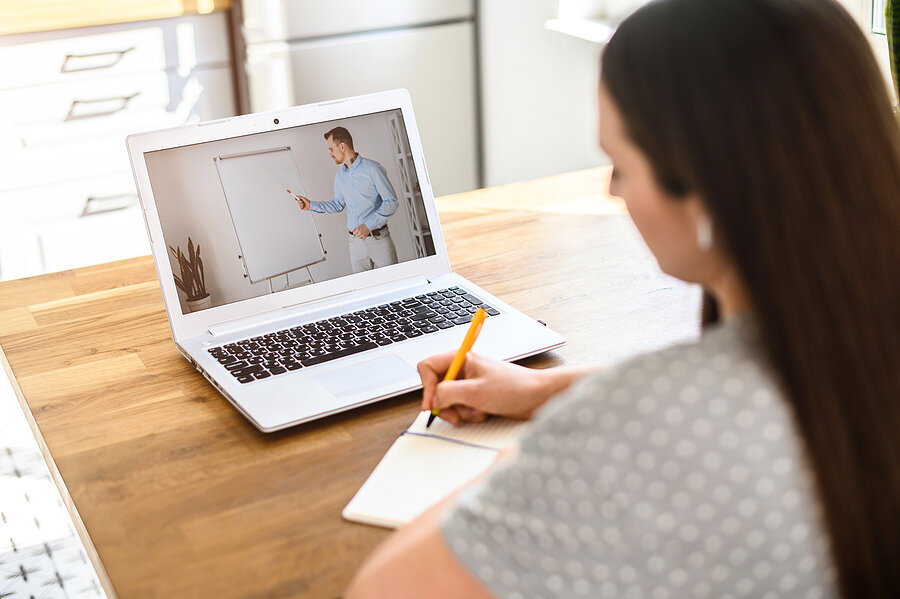 I had a pretty horrible realization the other day, as both a parent of a sophomore in high school and as a private college admissions advisor.

Most high school students who have had full-time distance learning since last March are going to be at some sort of disadvantage for college admissions, especially public school students.

Well, no duh. But that wasn’t my sudden realization. In fact, I’ve been reassuring students and parents that colleges will understand the COVID situation and its effects on the SAT/ACT, grades, extracurriculars, etc, at least for current seniors. Everyone is in the same boat, I said. It’s okay, I said.

But it appears that isn’t actually the case.

The recent realization is that students across the country are NOT in the same boat.  In most states, public high schools have been back in full session since August or September. I can’t seem to find a more recent map/list, but the best one I can find is here. It shows that seven states are on “partial closure,” including California.

However, I think this data is for ALL levels of school, K-12, and more elementary schools are open vs. middle and high schools, at least in California. From personal experience, I know that many public high schools in California are still on distance learning full-time except for certain at-risk students (a very small number). I’m not sure about the other six states.

No parent I know thinks full-time distance learning is the best option. Yes, we understand why it’s happening, even if we don’t agree with it. And yes, some students are doing just fine - maybe even better - than they were in the classroom, for whatever reason.

But as usual, it’s the middle class that’s going to be affected negatively the most. The student who isn’t a super high achiever, who gets mostly As and Bs in a typical high school experience, who will do well in college but who wouldn’t have been a contender for a top-tier school even in normal circumstances. The student whose family isn’t well off enough to hire a tutor or send her to private school but not “poor” enough to get extra free resources.

I loathe being a fearmonger. But I love data, and I can see the writing on the wall, especially with the recent articles showing in a local district that the number of Ds and Fs is waaaaaay higher than this time last year.

My Observations as a Parent

I’ve watched my own son, a high school sophomore, begin the academic year relatively strongly, signing on to his classes, taking notes, appearing to be as engaged as a typical 15-year-old boy can be. I was pleasantly surprised and thought, “Hey, this isn’t that bad! Plus he gets to sleep in a little, and I don’t have to drive him to and from school with 2000 other families at the same time” (a three-mile trip can take over 45 minutes). Then, each day seemed to get harder and harder. I see him slumped in his chair, numbly watching a screen for hours.

I’ve heard the teachers trying really hard to engage the students, and I’ve felt for them when pretty much no one responds to a fairly simple question. I’ve threatened my son with taking away privileges to get him to get his grades back up to the standard they were last fall. I’ve also bargained with him, consoled him, and checked with other parents to see if they are having a similar experience (for the most part, they are). But I also was cutting him some slack because I can see how hard it is, and because I also thought, “Well, we’re all in the same boat.”

My Prediction and How Colleges Will React

I’m not usually a betting woman, but in two years, when current sophomores are going to be applying to college, I bet that the overall average GPAs of the students in high schools that were on full-time distance learning for the spring/fall/winter of 2020 (and honestly, possibly longer) will be significantly lower than those in districts where schools have been open.

College admissions officers have their hands full this year, so I doubt they will know what to do with this information. My gut says, unfortunately, that they won’t care because it will seem like sour grapes or excuses, since some students will still have performed at or above the level they were at before, and/or are in a district where high schools were back in session. Most likely, even if they do realize the inequity, they won’t know what to do. Put an asterisk on those kids’ GPAs? Smells like lawsuits to me. Not weigh GPAs as much as they normally would? I don’t see how that could happen, since GPA and course load are pretty much the most important factors in college admissions (especially when there are doubts on the future of the SAT/ACT).

It’s not just admissions that may be affected, either. Most merit scholarships are tied to GPA and/or test scores. For example, the University of Arizona gives a lot of merit aid, both to in-state and out-of-state students (click HERE for the most recent info).  The difference between a 3.75 and a 3.74 for an out-of-state resident is currently $7500.

My Advice for Younger Students and Parents

I don’t have a ton of takeaways to give at this point, but here’s my advice for younger students:

And my current advice for parents: